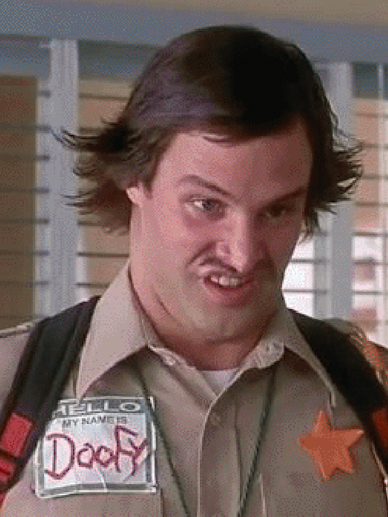 New Year’s Eve slasher Time’s Up is currently halfway to its funding goal over on Indiegogo, and we’ve learned today that Dave Sheridan (Scary Movie, The Devil’s Rejects) has signed on.

The campaign will last 30 days, with perks including Blu-rays, shirts, and hoodies, as well as some extra special treats including Damian Maffei’s screen-used “Devil” robes and prop pitchfork from Haunt, his “Man in the Mask” wardrobe from The Strangers Prey at Night, and Hannah Fierman’s “Lily” dress from the Amateur Night segment of our V/H/S.

You can also score screen-used masks and props from Time’s Up, and a donation at the $1,000 level will actually put you directly into the film and give you a gory on-screen death.

Also, on Friday September 4th (that’s today!), the Time’s Up crew will be hosting an All-Night Slumber Party from 7PM to 2AM with live commentaries for The Strangers Prey at Night, You’re Next, and Sleepaway Camp. You can watch the commentary via the Time’s Up Facebook page, sync up the movies with them at home, and comment along. Here’s the full schedule…

Head over to INDIEGOGO to help fund Time’s Up today.