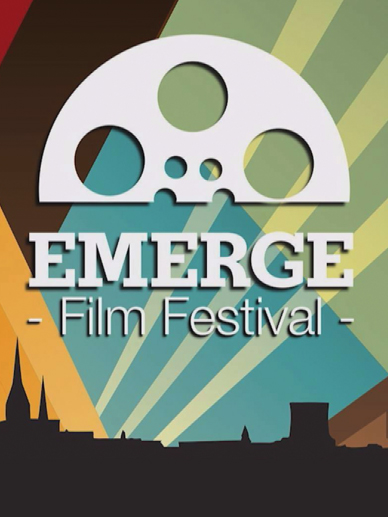 Yesterday we attended the second annual Emerge Film Festival in Lewiston / Auburn, ME and it is quickly becoming one of my favorite New England festivals.  Last year we had the honor of screening three of our films in the historic Franco Center, a church turned performance art venue.  This year, we were honored to have Tickle return to the same venue, although on a lower floor.  Our screening consisted of four short films.  Tickle was up first and received laughs early on and cringes towards the end, which is always a good sign.  Up next was Dark, but our good friends The Brothers Brown.  The more and more I see this film, the more I truly adore it.  Following Dark was a thriller called Blood memory.  Concluding the block was a brilliant little film called Corto.  Oozing with style reminiscent of an early Tarantino film, and a twist end to leave you smiling, Corto is definitely worth the watch.

My only wish for this festival is that it was longer.  It claims to be a four day event, but with only one full day of programming, I’m always left wanting to see more of their programming.  perhaps next year they’ll make this a reality.