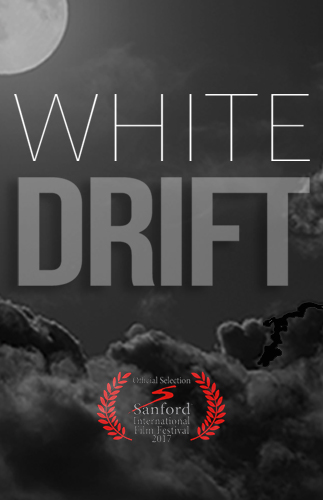 We’re honored to not only be returning to the Sanford International Film Festival for the fourth consecutive year, but to have been nominated for four awards: Best Horror, Best Maine Film, Best Actor (Sean Carmichael) and Best Director.

White Drift will be screening on Friday October 20th as part of the “Horror Friday” line-up, which includes more than 12 hours of back-t0-back horror films at Smitty’s Cinema in Sanford, ME. White Drift plays at 6:30pm, so get there early and catch some other great horror films. Tickets for the day are $15 and can be purchased online at: http://www.sanfordfilmfest.com/

Don’t miss the “Pulse-Pounding”(Gruesome Magazine) film that left the Horror Society saying “I was Blown Away!”

Starring Sean Carmichael (American Poltergeist, Trinity), Kristi Ray(Pieces Of Talent, Beyond The Living) and Damian Maffei (Strangers: Prey for Dawn, Christmas with the Dead), and directed by Corey Normanand written by Haley Norman (The Hanover House, Monsterland, The Witching)