Bangor, ME. It’s a small Maine city located nearly 2 hours north of Portland. Few no of it outside the state, that is, unless you’ve heard it referred to by it’s “other name”. For years, this city served as the inspiration for Stephen King’s fictional town of Derry. It’s no wonder, as the author himself lives here, drawing inspiration for his work by the landscape that surrounds him. That being said, it’s only fitting that we made the trek north to screen our Stephen King adaptation “Suffer the lIttle Children” at the Bangorfest, a horror themed festival in King’s hometown.

The convention, although a relatively new one, drew some great guests like: Tony Todd (Candy Man), Tom Devlin (Face Off Season 1 Winner, Puppet Master), Camile Keaton (I Spit on Your Grave) and the car used in John Carpenter’s adaptation of Stephen King’s Christine. 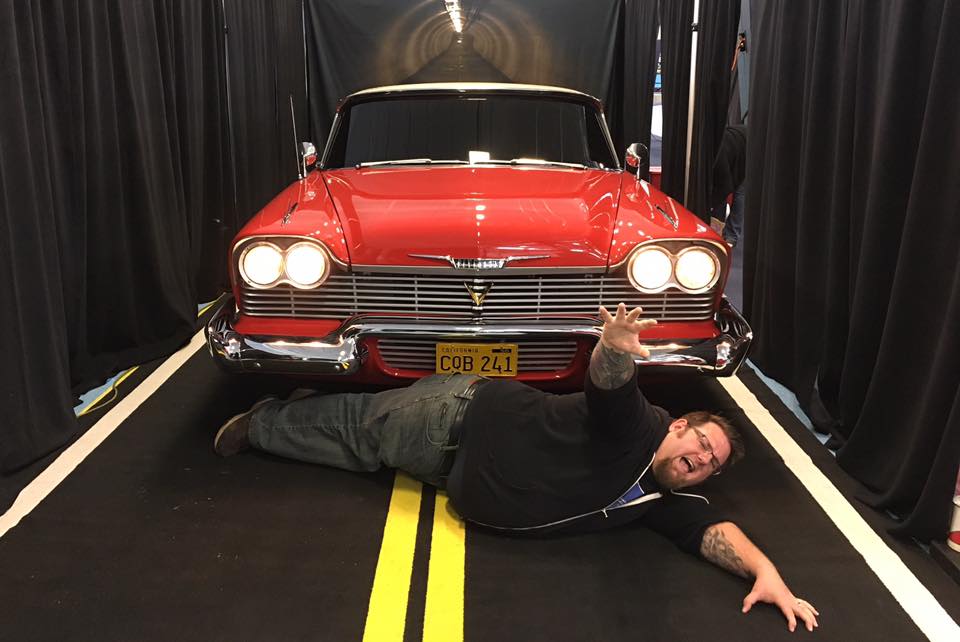 On Sunday morning, the doors to the convention opened later than on the previous day. Seeing as how I woke up earlier than planned, I decided to use the morning to explore some of the more famous spots around town that inspired King’s work. The trip would bring me to such locations as: The Paul Bunyan Statue (IT), The Thomas Hill Standpipe (IT), Kossuth Street (11/22/63), the  sewer drain on the corner of Union and Jackson where little Georgie met an untimely demise (IT), as well as Mount Hope Cemetery, the backdrop for young Gage Creed’s funeral in Mary Lambert’s film adaptation of Pet Semetary, and finally Stephen King’s house.