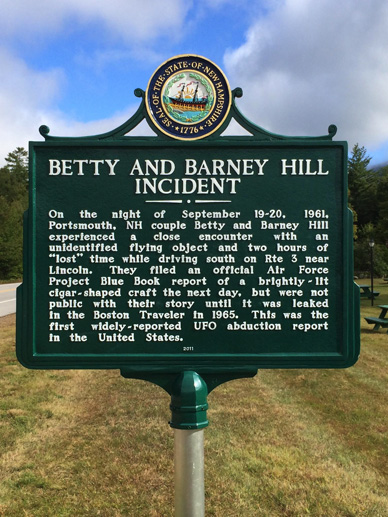 For episode 2 of our Rogue Mysteries, we head deep into Franconia Notch in New Hampshire, to retrace the path of one of America’s most documented alien abduction stories. On the evening of September 19-20th, 1961, Betty and Barney Hill experienced a close encounter with an unidentified flying object, followed by a two-hour period of “lost time.” Later, while under hypnosis, Betty Hill recalled what happened during that two hour period, during which she saw more than just a craft at a location in the New Hampshire country side. Alongside host Bill Brock, researcher Sarah Oberley and psychic medium Colleen Costello seek to validate Betty’s story.